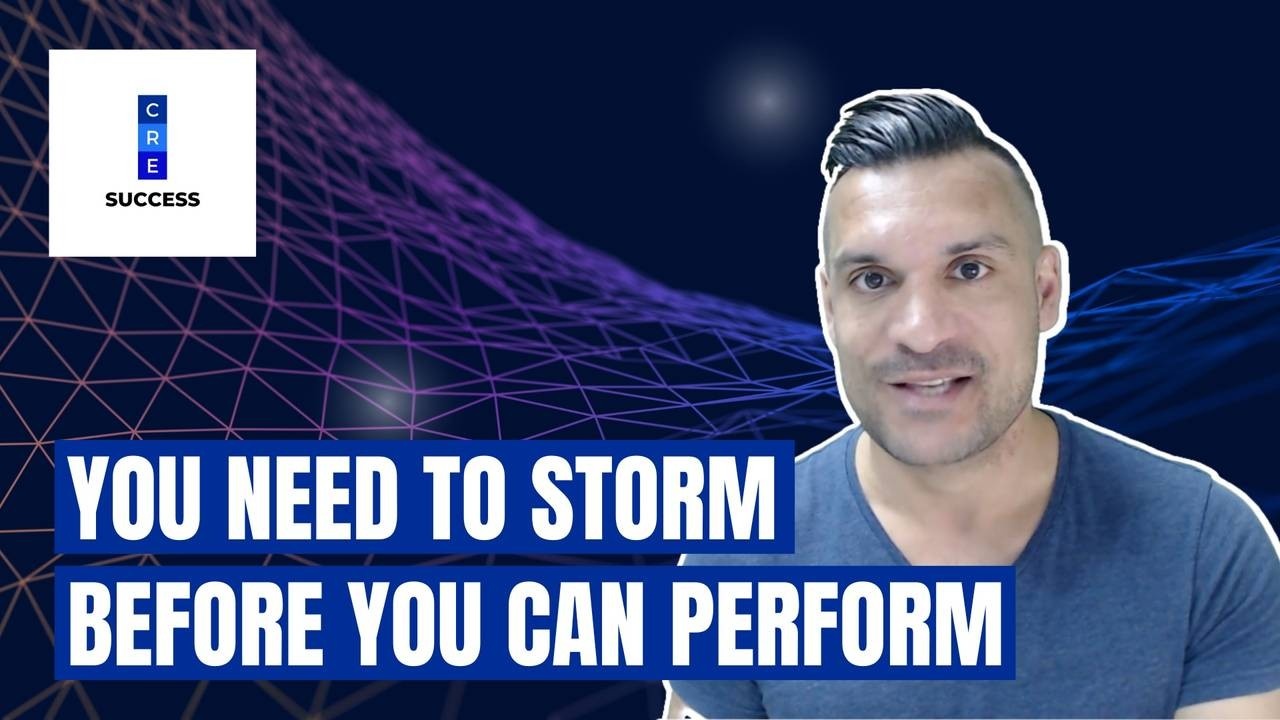 There's a theory about team building and development that says you will inevitably go through a few stages on your way towards success.

From my experience, it’s pretty accurate.

It starts with forming – cautiously coming together.

Then comes storming - a period of conflict; it sounds like a bad time, but this is the place where trust is built from.

You can then move into the norming stage - where you start working together cooperatively.

And, finally, there is performing - this is when the team is committed to doing what needs to be done, including working through disagreements, in a productive and purposeful way.

This week, I’m speaking to Whitney Sewell of The Real Estate Syndication Show about a period of storming that was a necessary rough patch for one of the commercial real estate businesses I led.

You can hear all about it in episode 104 of CRE Success: The Podcast.

You can also read a transcript of the interview portion of the show below.

WS: Do you believe that - you mentioned a little bit earlier - people can be natural leaders? Or do you feel like, more times than not, it's a learned skill? Or someone's taking action on self-improvement, or some people just more natural than others?

DK: I think some people are more natural than others but I think everyone can be better at it if they decide to. And I believe that an unnatural leader can be a better leader than a natural leader if `a natural leader doesn't have any intention or decision to be a good leader and a person who is perhaps not as predisposed to leadership actually decides that, hey, this is something that I wanna get good at. Yes, there are natural leaders, but that doesn't in itself mean that you're going to be a good leader. I think it's more about the intent and the decision to, you know, leadership is not about you, it's about the people you lead. And so if you're willing to take on that responsibility and also make part of your career, part of your role about other people, then that's going to go a long way to making you a better leader than just having some of those attributes which people associate with strong or natural leadership.

WS: I love that. You just said being a leader is not about you, it's about the people you're leading. That tells you a lot about if someone's gonna be a good leader or not. I believe it's how they interact with everyone, like you're talking about so much. And you mentioned, do they exhibit your core values and emotional intelligence, self-control, those things. You and I talked briefly before we started recording - the way you relate to others will ultimately determine your success. Elaborate on that a little bit. Obviously, it's what we're talking about too, as being a leader. But go a little more in-depth about that.

DK: I think if you're a commercial real estate agent, if you're an investor, people want to see people succeed if they like that person. If they don't like that person, they're not cheering you on from the sidelines. Now again, that doesn't mean that you have to be the most-liked person, but I think being friendly and cooperative and likable can go a long way to making others more predisposed to want to help you or at least to not be inclined to deliberately go out of their way to be unhelpful. So, understanding the importance of people skills and being that type of person that other people want to see succeed, or at least are happy to see succeed. If you're that person who is gonna be promoted to a role and then there's gonna be an uproar because you've been promoted into that role, then you're gonna have difficulties continuing to get promoted or continuing to advance in your organization. If you're an agent or an investor, and some people just don't feel like they wanna give you a leg up, then they will look for reasons and ways to sort of not include you in the process, or at least they'll be favoring other people who they can prefer to deal with because they sort of like dealing with that other person better. So, people are people. People want to deal with others who make them feel comfortable and who they have some affinity too. So it's important, I think, even if you're not naturally a people person, to at least put some effort and intention behind the way that you relate with others. Probably that's something that even though I'm an extrovert, being likable and agreeable and cooperative is something that doesn't necessarily come naturally to me. So, it's something that I've had to work a little bit harder at in order to make sure that people are happy to refer me work. That people are happy to recommend me or write me a testimonial or to continue to work with me. I wanna make sure that there's nothing on the personal side of interacting with me that would stop people from doing that. And if I'm doing that and I'm doing work to the best of my ability and making sure that I'm doing what I say I will do and I'm delivering what I promise to deliver, then, unless someone's just way better than me, then there's not really any reason why I can't be successful.

WS: Give the listeners and me some of those actionable steps that would help us, that you could say, okay, today you can start doing this thing or two things or three. Whatever it is that would help us to work our way to becoming better leaders. Not only for yourself but obviously for the people we lead, the teams that we have on board right now.

DK: So, I think understanding from a leadership perspective, a few things I ask people that I'm working with to understand is - Where are we going? Why are we going there? And how will we know when we've arrived? So, just having a clear idea about where you want to take things, a pathway towards getting there in terms of how you're going to get there and why it matters. So, it has to be more than just making money. There needs to be a bit of a story behind it to motivate people that we bring people along in the journey. And then how will we know that we'll get there? It's just the benchmarks. And just how are we going to measure success? We'll know we'll get there when we've done this or when we're starting to attract this type of client, or when we have achieved this level of production or revenue. So, I think being able to know where you wanna go, to understand why it matters, and communicate that with others is a really important thing from a leadership perspective. I forget what the other part of the question was though, Whitney, so apologies if I...

WS: No, just some actionable steps for us to improve our leadership skills today for the listeners and myself to benefit us and our entire team.

DK: I think probably understanding emotional intelligence as well. So, understanding how you're perceived by others, thinking about the way that other people see you, and the way that your behavior impacts others is really important. And that's all about empathy. It's about controlling your behavior to make sure that you're not impacting other people in a negative way. So, it's self-control, it's self-awareness, it's empathy, it's those sort of elements of emotional intelligence.

WS: Can you speak to a time when maybe your leadership was questioned or challenged in some way and how to handle that?

DK: Yeah. So, probably about less than a year into my tenure at CBRE, and this was in South Korea which is a very hierarchical culture, and I took on that role when I was 35 years old. People in the industry and people who are older than me may have issues with the fact that I was in that role. And I guess I did still have the reputation of being a bit of a hothead even though I had done some work on my own, sort of anger management. But I was still seen as quite an aggressive person, and maybe someone who was too aggressive and we need to do things in a different way in Korea and that's not the right style and whatever. And I guess a lot of people who weren't happy with the fact that I had been given that position were still looking for ways to agitate me and looking to see if they could poke and prod me to see if they could get a rise out of me. For the most part, I didn't give them that opportunity. But, I remember there was one occasion when I was in a meeting and somebody wasn't listening. I indicated to them that I wanted them to listen to the conversation with a little bit more focus and that person didn't follow my instructions or my request. And I got quite angry at them. I swore at them, which is probably not something that you would do in Korea. I think in western culture if you're the boss it wouldn't be the end of the world but in Korea, oh God, he swore. So, it was this big thing and they made a complaint and all of this sort of stuff. And I think outside of Korea, my bosses were like - What's this about? Who cares? But I could actually say what the big deal was because, probably, it was something that typically a boss wouldn't do. And it probably was what they were looking for in terms of what they'd heard about me or what they thought was their problem with me. So, I really did let myself down by giving them that rise. But I think it was also a little bit of, it sort of broke some of the tension. I think something sort of had to ball to the surface and funnily enough, after that incident, things got a lot better. That was the thing that kind of brought us all a bit closer together, in a way, because we sort of had it out a bit, and then we move forward and you choose some really great things. So, that's the one that comes to mind. I've never told that story before so I apologize if it wasn't a very clear story as I was telling it.

WS: It's just interesting to hear. And it's great that you learn, you grew from that, and hopefully, we can all do that as those things happen because they're bound to. 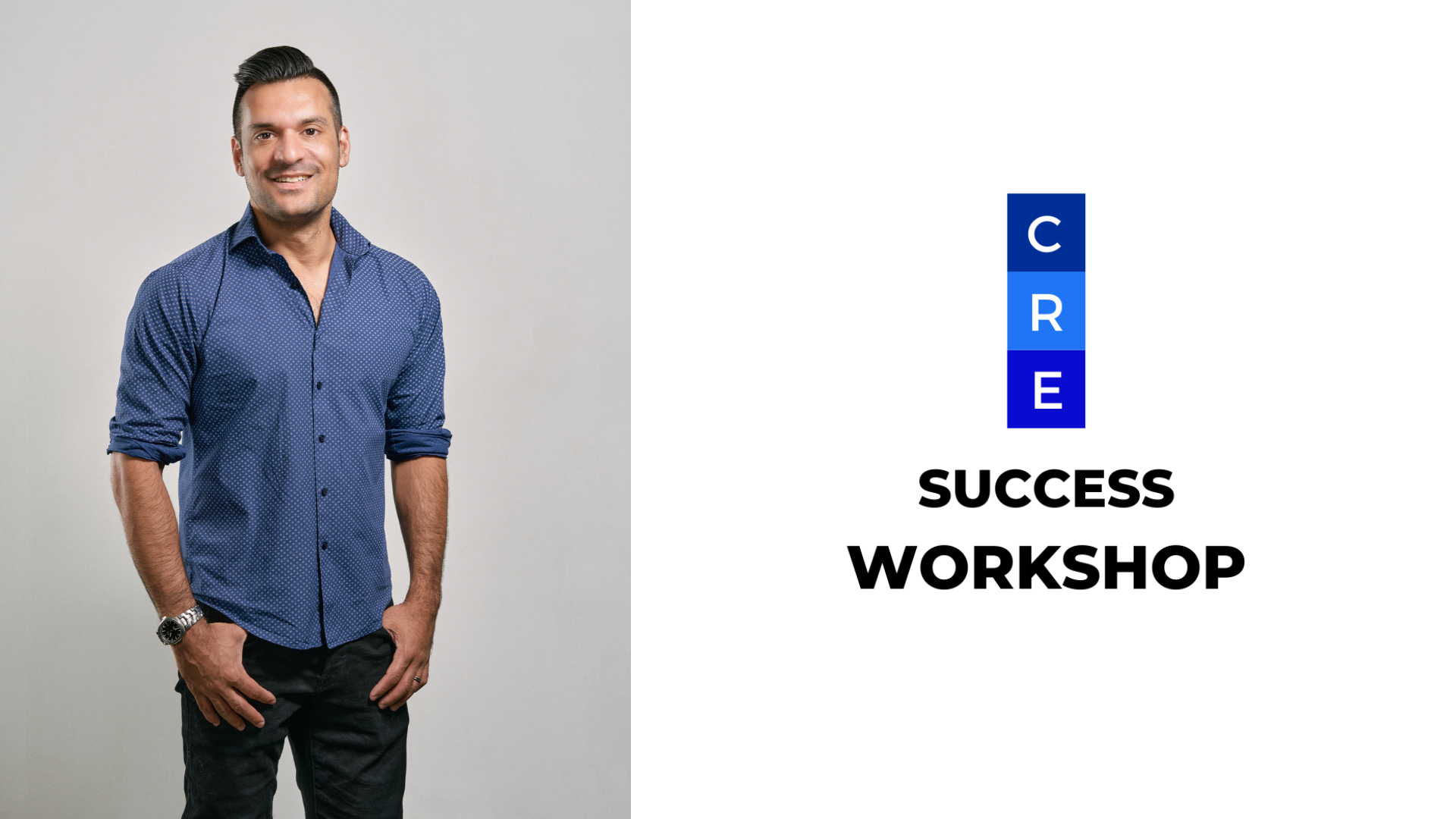 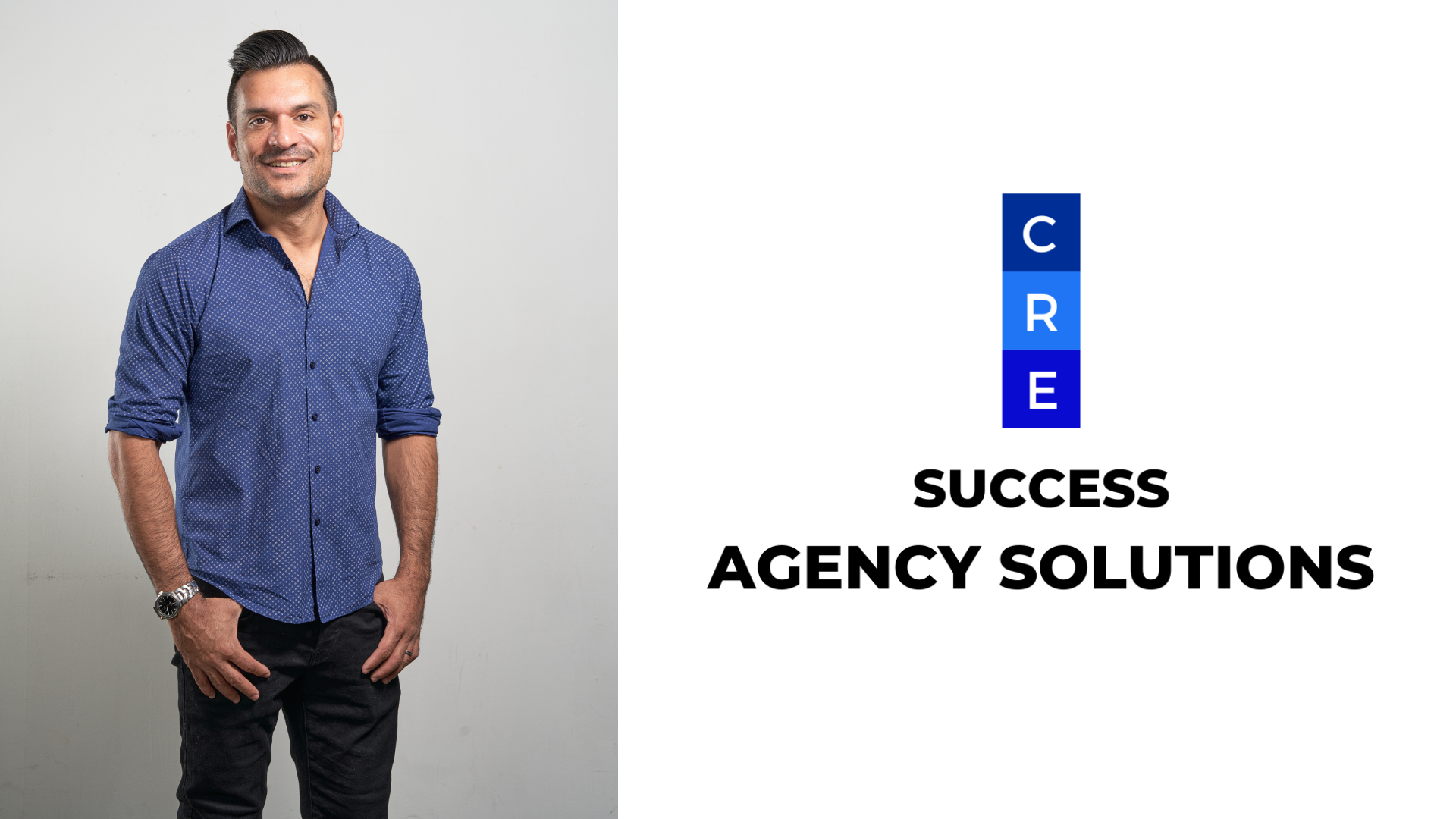